Trying to match to images 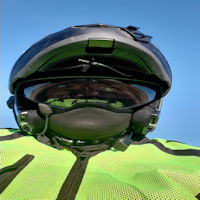 Trying to match to images

Maybe one of the good folks here can steer me in the right direction. I am trying to do a morphing project. However the two images I’m trying to morph one into the other do not match up very well.

I loaded them both into PSP 2021. I then copy/pasted one image as a layer over the other image, and dropped the layer opacity down so I could basically see both images.

Using the layer image, I was able to line up the eyes with the “background” image. However the nose/mouth area of the layer image is a little too high to match the same areas of the background image.

Is there a method by which I could perhaps pull the layer image down, sort of elongate or stretch it so the nose/mouth more closely line up with those areas of the background image?

I don’t expect they will be a perfect match and that’s alright.
Top

Re: Trying to match to images