I made a free PSP script that creates a Flower Of Life symbol. What is a Flower of LIfe?

This is a quote from the website Gaia: https://www.gaia.com/article/sacred-geo ... er-of-life

The Flower of Life is a figure in sacred geometry that is made up of overlapping circles in six-fold symmetry, it looks like a hexagon made of circles. The 5 platonic solids are all found within The Flower of Life as is Metatron’s Cube, The Seed of Life and The Tree of Life to name a few. It is the physical representation of the connections that we feel to all living things. It is a sacred symbol found in nearly every culture on the planet and is believed to represent the cycle of growth of a fruit tree from the seed to fruit-bearing tree. According to The Ancient Secret of the Flower of Life, Vol. 1 by Drunvalo Melchezidek, many cultures believe The Flower of Life holds ancient secrets.

The script is multi-functional.

It can produces images for masks or icons: 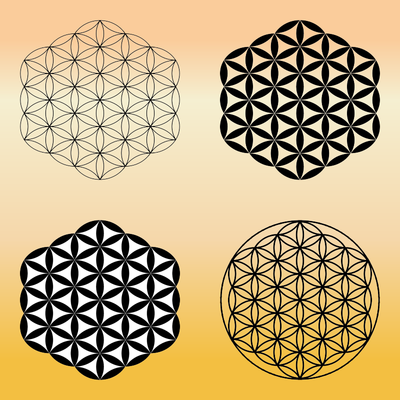 With the no color option

You can create color presets: 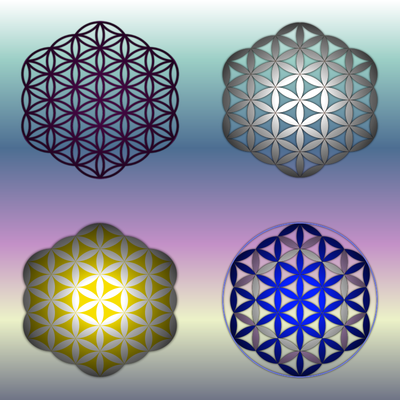 These were just some quick experiments.

You can choose to have random colors to create organic-type color arrangements: 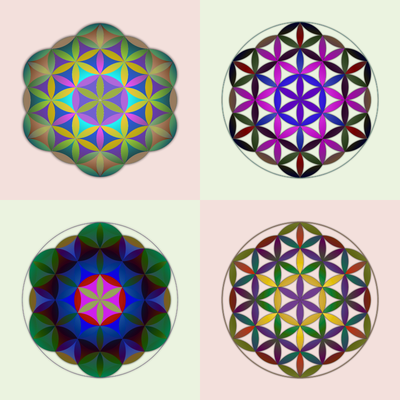 I uploaded the script to my GitHub Paintshop Pro repository:
https://github.com/gummyCowboy/Paintshop-Pro-Scripts

The file is named Flower Of Life v1.4.zip. The latest update fixes a problem where the script aborted prematurely when the width of the frame border was set to zero. This bug was introduced unattended during another fix. The frame can now be zero, and the script will continue to run into the masking and coloring functions.

Best of Everything,
Charles Bartley
When the majority of the people on Earth are wanting the Galactic Federation to show themselves, then they will.
Top

Re: Flower Of Life Script v1.4

This was a 1.4 test with random colors. 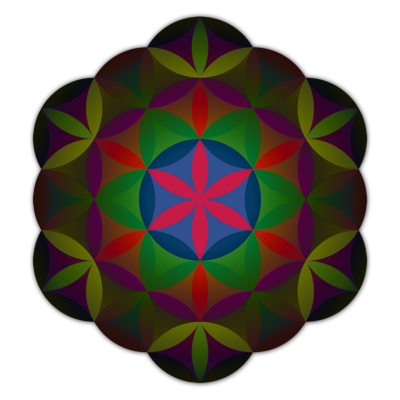 When the majority of the people on Earth are wanting the Galactic Federation to show themselves, then they will.
Top
Post Reply
2 posts • Page 1 of 1